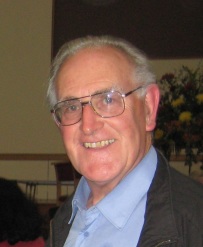 I have been a priest in St John Vianney’s parish since September 2003.

I was born in Thurles, Co. Tipperary, Ireland in 1946. I was educated in Thurles by the Christian Brothers, the Augustinians, Dungarvan and ordained priest from St Patrick’s College, Thurles in the Cathedral of the Assumption in June 1971.

I have served in Hanwell, South Harrow and Northolt, Somerstown, Hatfield, North Harrow and now in West Green.

I am interested in all pastoral matters; all sorts of sports and am known to play golf now and then!!

This is a wonderful parish and it is an honour and privilege to minister here. The variety of cultures and the gathering of different nationalities is so challenging and enriching at the same time. The support of the community is so uplifting and encouraging to my ministry as a priest.

I arrived in St. John Vianney in September 2016 after spending 9 months working on a retreat centre on the Isle of Wight, UK. It was quite a change to come to this lively part of London after being in such a tranquil setting!

I am a member of the Verbum Dei Missionary Fraternity (VDMF) which is an international missionary community dedicated to prayer and the ministry of the Word of God. I was born in Indonesia, but my family moved to Australia when I was 12 years old and it was there that I met the Verbum Dei missionaries and joined them.

As a missionary, I have lived in Australia, USA, Italy and Singapore. Life has taken me to many interesting places, and I am now enjoying being part of this wonderful and exciting community of St. John Vianney! 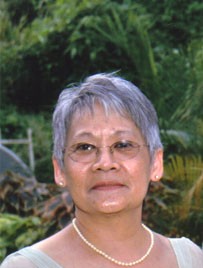 I have been involved in the parish for a number of years and has been working for the Parish since January 2001.

I work in the Parish Office weekdays during office hours.